Why should I use a people counter?

In-store conversion is one of the most important KPIs leading retailers use nowadays to determine the efficiency of their stores. Using only sales data is not enough to provide a clear picture on how many opportunities to sell did we have in a day.

Retailers also use the number of visitors to optimize staff hours by looking at the historical data of the busiest times in the day and act to avoid understaffing and customer churn.

Marketing teams use this number to evaluate the success of marketing campaigns and the effectiveness of window dressing layout.

Some types of people counters can be used to estimate time spent inside the store which is very useful for estimating bounce rates, possible congestions and understanding your customer shopping behavior.

People counters vary by size, price, accuracy, and environments in which they can be installed in. 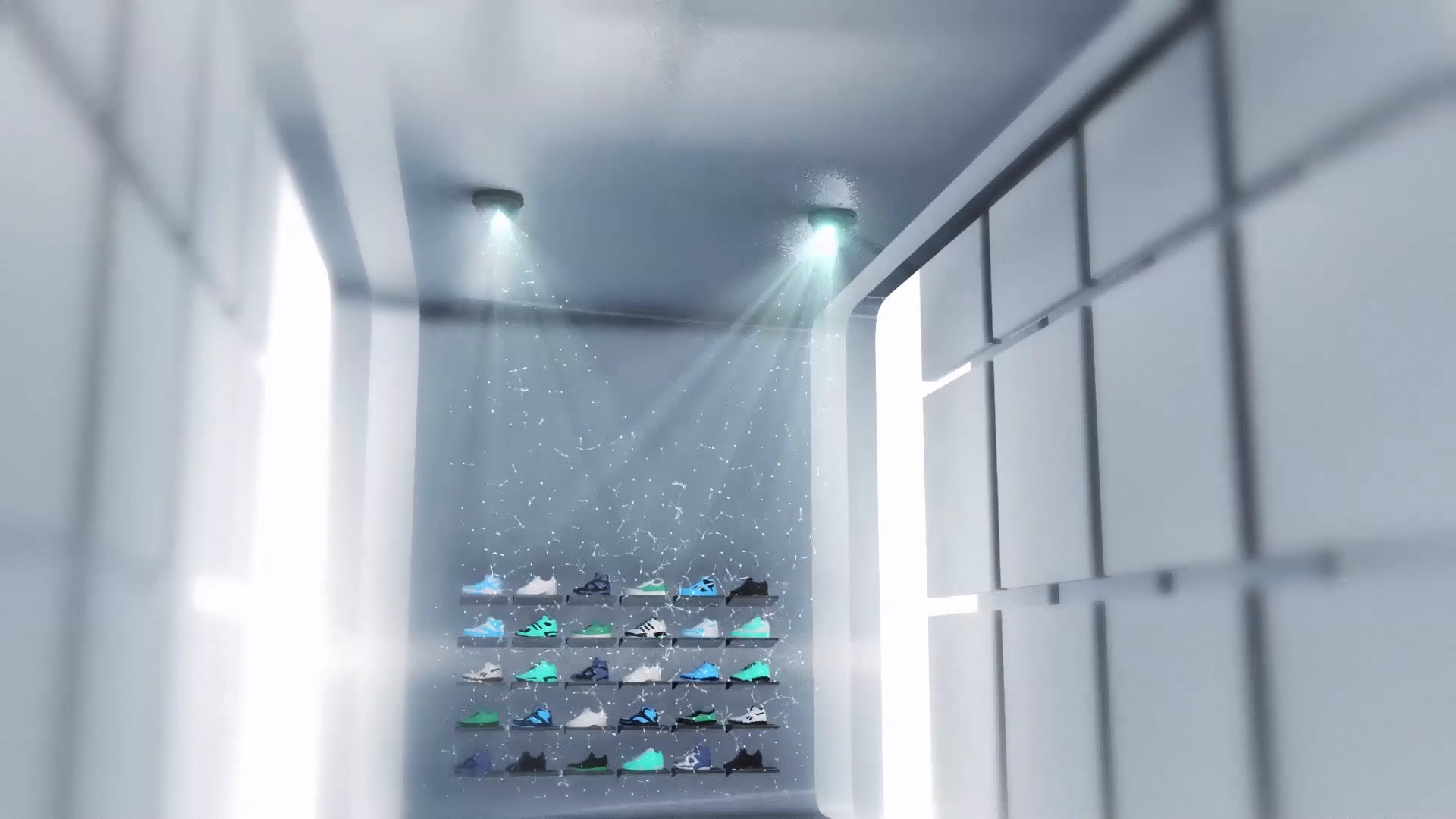 Video counters utilize the video feed coming from cameras to run computer vision algorithms which translate moving images to data, such as visitor counts. Today, they are the de facto standard for highest accuracy counters.

Usually, they are installed overhead the entrance area and are versatile in their positioning and height of installation. Today, most of the video counters combine video images with a depth map obtained by an additional lens (stereo-cameras) or an additional laser-beam. Using depth, or rather height, the counters can differentiate between adults and children which might be useful for some retailers.
It is worth noting that in some cases, existing security CCTV cameras can be used, eliminating installation costs.

Video counters are the go-to solution for retailers looking for the most accurate solution which offers additional features such as visit duration, staff-elimination and gender and age classification.

Time of flight counters are similar to laser counters in the fact that they emit light signals. However, they do not require 2 parts. The part of the counter which emits the signal is also the one which receives it after it bounces back from an object. Measuring the time passed from the emission to the reception of the signal it is possible to calculate the distance of the object and construct a 3D mesh of the object.

They are a fairly new method of people counting which is very sensitive to changing light conditions and environments with multiple reflections. Most often time of flight is used as part of video counters to obtain the third perspective, depth in the image.

Thermal counters are a good solution for low-light, dark environment conditions, and are often used for security systems. 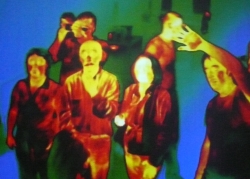 Thermal counters utilize the thermal energy every living creature emits to count persons. Usually, they are installed overhead to provide an unobstructed view on the entrance area.
The price-range is on the more expensive side, similar to video counters.

The main disadvantages of these counters is that the installation can be tricky because they often do not work on higher ceilings because the thermal silhouettes get mixed together. They are sensitive to areas which have oscillations in temperatures. Their installation is similar to video counters, but with less flexibility.

Laser counters consist of 2 parts: an emitter and a receiver which are installed facing each other. When a visitor passes in front of the emitter, the continuous stream of light is interrupted, and the receiver counts this as a count.
They are usually installed at the side of doors and are also often used in automatic door opening systems.

These counters are often cheap and installed easily. They are often small in size and utilize batteries as their power source, so no wiring is required.

The drawback of these counters is their low accuracy. In crowded situations such as a continuous stream of people passing through the door or two persons entering the store side by side the count recorded is usually incorrect.

The laser counter is an affordable solution for lower traffic stores (less than 400 visitors a day) with easy installation. 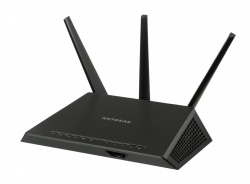 WiFi counters utilize the signal emitted by visitors' smartphones or other gadgets which search for surrounding WiFi networks. The WiFi counter picks up this signal and utilizes it to count a visitor.

The downside of this solution is that some people may not be carrying a smartphone or their WiFi might be turned off.
Furthermore, in all the newer mainstream smartphones operating systems (Android and Apple) the MAC addresses are changed regularly, which will cause the WiFi counter to count the same visitor multiple times.
Because the WiFi signal spans a large area, WiFi counters can suffer from false counts by people who only pass by, and do not enter the store.

The best use case for these counters is in counting people at larger open areas, where counting only a sample of visitors is enough or where installation of other types of counters is too impractical/expensive, for example, big concerts. WiFi counters also provide the visit duration of visitors, measured on a sample of the data. 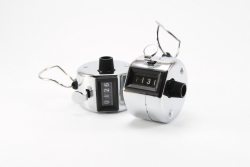 Before the computer revolution, this was the only way to do it. Persons, usually members of staff, manually count each person entering the store. The staff members who count, usually have other tasks to do in the store, so a people are not counted here and there and the count gets imprecise. In addition, the quality of the service offered by the persons who have this task to always keep an eye on the door also diminishes.

Overall, this option is very expensive in terms of man-hours paid and of unstable accuracy.

The ideal type of people counter will depend on various factors such as environment, use-case, type of store and amount of daily traffic, budget and extra capabilities (visit duration, gender/age classification).
The number of retailers utilizing data to improve their store performance is increasing rapidly. To enable a data-driven approach to decision making, installing people counters is a simple but crucial step.
We hope this guide brings you a little bit closer to making that leap.

Get the latest posts delivered right to your inbox

Various industries, various staff roles, but one thing is for certain: having the right number and profile of staff workers in your store will help increase sales KPIs: conversion, average sell price and

Periodic system of retail performance elements (Actionable Insights Maps) There are many definitions of shopping. The most common description says that Shopping is an activity in which a customer browses the available goods

Stay up to date! Get all the latest & greatest posts delivered straight to your inbox